AI Art: Can it be Considered Art? 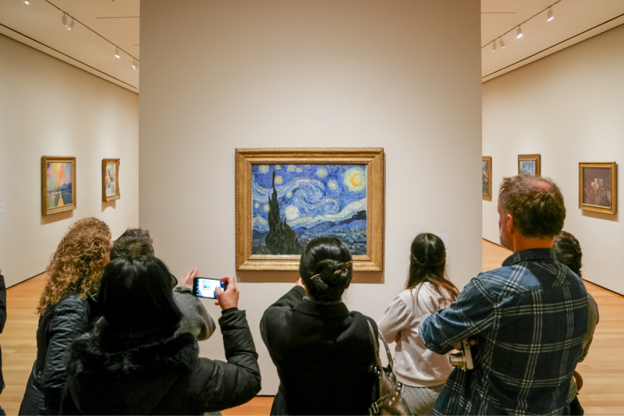 AI Art generation took the world by storm when they first generated art came out. Many generated art showed predictions of the future. Other shows are a recreation of many famous arts. Many argue that it could be the end of artists, while others argue that it will not. There are many problems with AI Art that needs to be fixed. There are many different iterations of the AI art generator, such as those for Anime, van Gogh’s style, and many more.

AI Art has been auctioned already with one selling for as high as $432,500. It was created by artificial intelligence, an algorithm defined by that algebraic formula with its many parentheses. And when it went under the hammer in the Prints & Multiples sale at Christie’s on 25 October, Portrait of Edmond Belamy sold for an incredible $432,500, signaling the arrival of AI art on the world auction stage. This sparked a lot of debate on whether this can truly be considered Art.

Popular opinion among creatives is that art is a process where people or the artist express some idea or emotion, filter it through personal experience and set it against a broader cultural context—suggesting then that what AI generates at the behest of computer scientists is definitely not art, or at all creative.

There are many ways on how AI creates art. The most common one is to use a type of algorithm called a Generative Adversarial Network. It consists of 2 parts; a generator, which creates images, and a discriminator, which determines whether the images are real or fake.

Many believe that AI Art is not created by a human. Others believe that it is Art as it requires human interaction as input for the machine. Furthermore, some argue that AI-generated art is more real or authentic than traditional art because it is not constrained by the same rules and conventions. Traditional art is often created to please the viewer or to conform to certain standards. But AI-generated art is not bound by these restrictions, which means it can be more original and creative.

While many debates whether AI can actually create art and/or whether it will be a threat to the creative minds of people, the future will be about embracing new technologies and the possibilities it brings for enhancing the process. It’s better to think of AI as your next creative partner; beautiful pieces of work can be produced in collaboration with it.