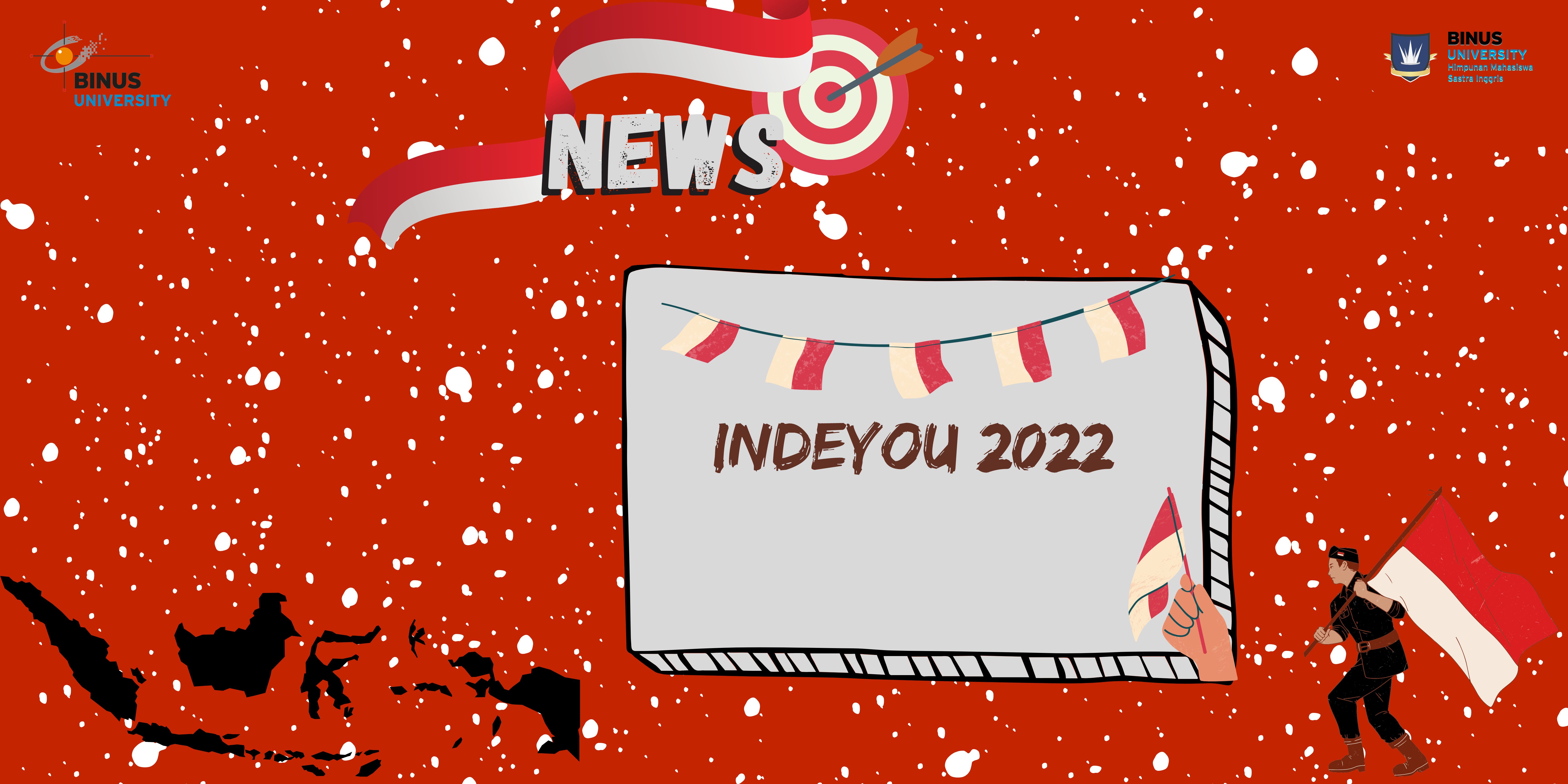 On the 25 of August, HIMSI conducted the competition finale for the Indeyou event through Zoom! Yes, HIMSI is back with Indeyou this year! A special Independence day event for the month of August. Unlike last year where Indeyou was held on an internal organization scale, this year’s Indeyou was held on a National scale with Highschool and University students participating from all around Indonesia. Indeyou is an event held dedicated to the Independence of Indonesia which falls on the 17th of August. It is held to celebrate Independence day with our spirit and talents as students of Indonesia by joining and showcasing positive talents in the shape of a competition. This year’s Indeyou consisted of three competitions; Short Story Writing, Poetry, and a Song cover (in Indonesian). The theme for the competition was Indeyou which stands for Independence By You. The theme was about Independence day. This year’s Indeyou was successfully handled by the chief committee, Annisa Rifani who then divided the committee into divisions with each division having different jobs.

The event was held from 20 of July which was the date when the registration form for the Indeyou competition opened. The registration form was open for 24 days from the 20th of July until the 12th of August. Then the Technical Meeting for the competition was held on the 14th of August. Then happened the submission dates, 18-20 of August, when participants of Indeyou from around Indonesia can start submitting their work; short stories, song covers, and poems. The judges from BINUS English Department started scoring the participant’s work on 21-24 of August. The long-awaited finale was conducted through Zoom on the 25th of August 2022 with committees, judges, and participants of the Indeyou competition present. The finale was also the time when the winners of the competition were revealed. There were first place, second place, and third place for each respective competition.

The Zoom started with the opening speech by MC Jawad Yuwono and continued with the mention of Indeyou’s partners and sponsor. The speech was continued with Miss Criscentia Jessica Setiadi as the Deputy Head of the English Department, Aileen Josephine as HIMSI’s secretary, and Annisa Rifani as the chief committee of Indeyou 2022. Then the Finale continued with the revelation of all the winners of the Indeyou 2022 competition. Before announcing the winners, the 3 candidates from each competition get a chance to showcase their work in front of all the zoom participants. After showing their works, the judges get time to ask questions or give critiques to the 3 candidates from each competition. After this session, there was a break for 25 minutes with a song playing in the background of the Zoom.

The Finale resumed after the 25-minute break with the announcement of the winners. For the English Poetry Reading and Writing competition, the 3rd place was taken by Joella Angesti from BINUS Kemanggisan, the 2nd place was taken by Ivana Nadya from Pamulang University, and for the 1st place, Jeanne Wiharjo took the spot with her excellent performance and writing. The session continued with the announcement of three winners for the English Short Story Writing. The 3rd place was taken by Inaya Ummu Ammara from IDN Boarding School Akhwat, the 2nd place was taken by Diva Anim from Indonesia University, and the 1st place fell to Sharlene Clarabelle from Cahaya Bangsa Classical School. The announcement continued for the Song Cover competition with 3rd place going to Natanya Amanda from Indonesia Kristen University, the 2nd place was Muhammad Rabil Alwadi from Pamulang University, and lastly, the 1st place fell to Astrella Zervinda from SMA Negeri 8 Malang. Congratulations to all the participants of Indeyou 2022 who did their best. May those who did not get a chance to win, can try again next year with more satisfying results, or even, win first place. After the announcement of all the Indeyou winners, the finale was continued with a certificate giving and a photo session.

That concludes the Indeyou 2022 event from HIMSI. This event was very successful with many participants from around Indonesia joining. To Annisa Rifani, the DPI, and all the committee of Indeyou 2022, we would like to say a warm thankyou for making this event a special one since it was fun and we met many different people with talents all around Indonesia. Please wait for another Indeyou next year, which hopefully will be held offline if the pandemic gets better. See you!